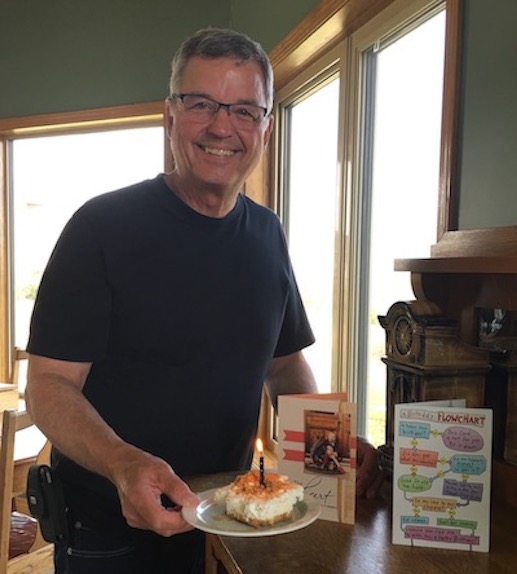 My husband, the boy in the Get a Bigger Wagon books, happens to love, and remember, a rich and refreshing refrigerator dessert his mother used to make in the 1950s and 60s. In his mother’s old cookbook, it’s called Pineapple Slice. In those days, refrigerators were more common than air conditioning, so, in summer, people made recipes that could be prepared without heating up the house. Barbequing was all the rage, and setting a table on the patio was fashionable. Salads, and cold meats, were popular evening fare on weekdays.

During this time, packaged ingredients became available, offered shortcuts, and were instantly popular. The Pineapple Slice dessert called for canned pineapple, packaged graham wafers, and icing sugar. The recipe says to bake the crust ten minutes, but that wouldn’t be necessary. Baking improves the flavour, though, because the butter and sugar mixture caramelizes, slightly.

Initially, I adapted the recipe, because it called for raw eggs in the middle layer. There is a bit of a controversy about eating raw eggs. To read suggestions for properly handling eggs, visit www.getcracking.ca. Historically, I prepared my eggnog with raw eggs, and Gord devoured dozens of pans of Pineapple Slice, raw eggs included. Today, it’s an individual choice. We no longer eat raw eggs at our house. My friend, a home economist, who also taught Food Safety to commercial cooking students, prefers her eggs well cooked.  My husband has Crohn’s, and, today, we take no chances.

I have included three recipes in this column. The first recipe is the original dessert that my mother-in-law made, frequently, every summer. Served ice cold from the fridge, on hot summer days, it created a taste memory for everyone who took a bite. I remember it well. She would whisk it from the fridge, bring it to the patio, and slice it before our eyes. Her apron was always tied, in a nice bow, behind her straight skirt or perfectly pressed pedal pushers.

Mix and save ¼ cup of this mixture for the top.

Cream the butter with icing sugar, until it is smooth. Add the two eggs and continue stirring to form a thick paste. Spread this on the cooled crust.

1 cup of crushed pineapple, drained until quite dry.

Whip the cream until stiff. Fold in the well-drained pineapple. Spread this mixture over the icing layer. Top the dessert with reserved crumbs. Refrigerate for several hours.

In the second recipe, I created an alternative middle layer incorporating Bird's Custard powder rather than raw eggs. My husband loves this new adaptation, and I make it regularly. I have also frozen this dessert, in slices, with great success. 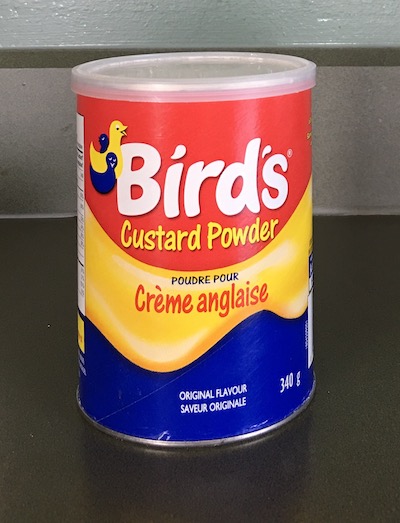 I made the adapted recipe for my husband’s birthday this year. As they said in the 1950s, “It is easy to impress the man in your life with a simple refrigerator dessert.”

Mix and save ¼ cup of this mixture for the top

Beat in 2 cups of icing sugar until smooth

1 cup of crushed pineapple, drained until quite dry.

Whip the cream until stiff. Fold in the well-drained pineapple. Spread this mixture over the icing layer. Top the dessert with reserved crumbs. Refrigerate for several hours. 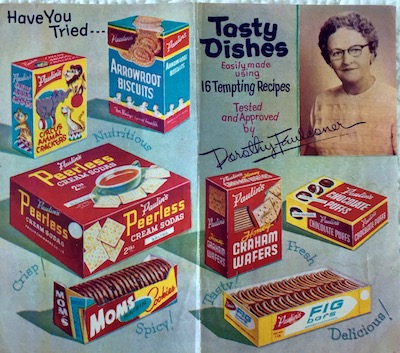 The third recipe I have included is probably my favourite of the three. It is an old recipe from a Paulin’s cookie pamphlet. It has a delightful, cooked custard layer and maraschino cherries added to the pineapple topping. The eggs are cooked in the custard, the cherries add colour, and the result is company-worthy. 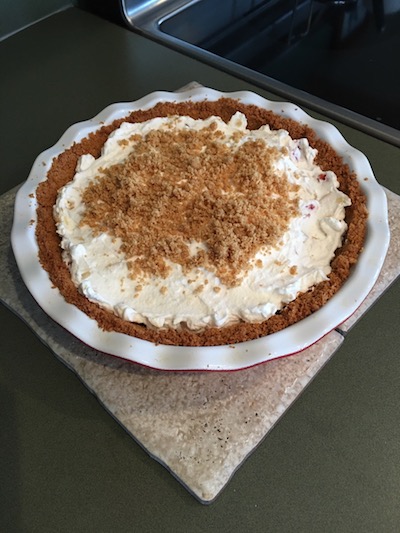 Blend graham wafer crumbs, salt, sugar, and butter with a fork. Turn into a 9” pie plate or square cake pan, reserving ¼ cup of crumbs for the top. Press the crumbs into the chosen pan. Bake the crust in a 350°F oven for 15 minutes.

Heat 1¼ cups of the milk in the top of a double boiler. Combine sugar, cornstarch, and salt and blend into the ¼ cup of milk that remains.

Add this to the heated milk, stirring until the mixture thickens. Add the beaten egg yolk and vanilla and cook for four minutes. Cool.

1 can of crushed pineapple, well drained

Whip the cream until stiff.

Add remaining ingredients and spread over the filling.

Garnish with the ¼ cup of retained graham wafer crumbs. 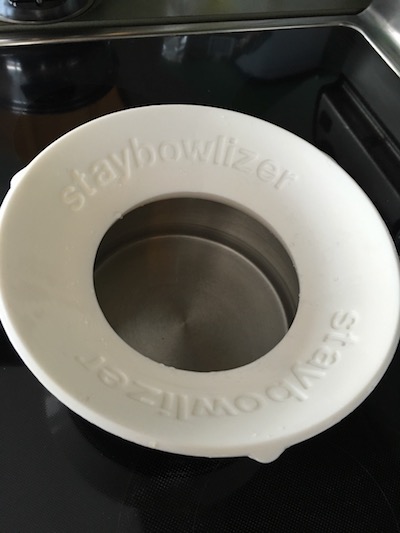 NOTE: I will be doing a column on double boilers soon. In the meantime, please note that this is a Bowlie or Staybowlizer and it, safely, turns two unmatched pots, or a pot and a bowl, into a perfect double boiler.

I would love to know if your mom, or grandmother, made some form of pineapple refrigerator dessert, while you were growing up. Do leave a comment!

Let us know what you think

In From the Cookie Jar Blog, I will be sharing recipes, ideas, and memories gathered over decades. Sign Up Now!

The Secrets of My Writing Box (9)